How to Survive a Zombie Apocalypse, Part II 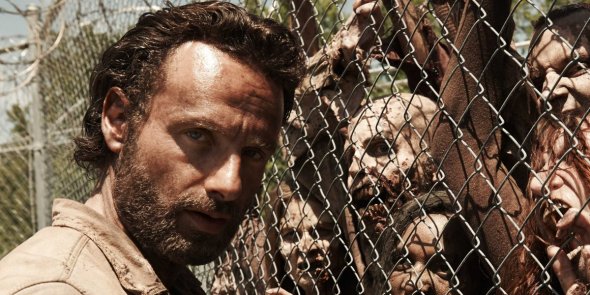 As crazy as this sounds, The Walking Dead is a big part of our life. It’s the only TV show we watch live every week. We often watch it with a group of other zombie-obsessors. We spend at least 30 min-1 hour dissecting the episode and what’s going to happen next. And we even dedicate another hour of our Sunday to watching The Talking Dead. What is it about the show that makes it so perfect? I can’t quite put my finger on it, but it’s so.freaking.good!

I’ve written two other posts about the show (How to Survive a Zombie Apocalypse, Sundays are DEAD to me), but with the Season 4 season finale last night I decided to follow up the former with a Part II. We’ve learned a lot since I wrote that post 2 seasons ago. While those tips are definitely still relevant, below are some more advanced lessons we’ve learned.

1. Keep your legs closed. I understand the need for intimacy in a time like this, but without protection, it’s just a no. Babies are way too much of a hassle in this situation and will put others in danger.

3. However, if you do find people you can trust – stick together at all costs.

4. Get over yourself. You’re going to have to do things you never thought you would (and I mean NEVER thought you would … case in point, season finale). That does not make you a bad person, that’s just life now.

5. As with #1, I also understand the desire to drink in a time like this, but again, it’s just a no. Is it really worth it to lower your inhibitions with zombies and other people trying to constantly kill you?!

6. Ration your food. You may get overly excited when you find a 112 oz. can of chocolate pudding, but you’re going to want that later when there’s nothing but a rabbit leg to eat.

7. Get creative. Unfortunately these days, shooting and stabbing aren’t the only ways you’ll need to kill.

8. If you’re staying in one place for a while, always have a getaway plan that can be executed very quickly.

9. Get a bow and arrow and practice shooting it. It will be invaluable.

10. Trust your gut. If something doesn’t look right or feel right, it’s probably not right.

Sundays are DEAD to me. 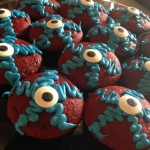 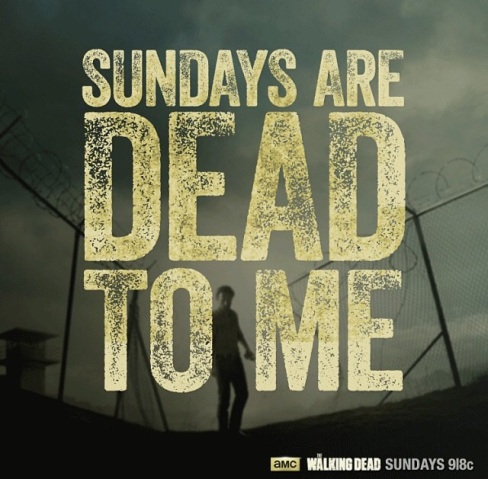 Last night was the premiere of one of our favorite TV Show – The Walking Dead. Around this time last year at the start of the season, I wrote a post How to Survive a Zombie Apocalypse. There’s some good tips in there you definitely need to read, because if you ask my husband the apocalypse is a very viable option.

To commemorate the occasion, we decided to host a small get together with some other zombie lovers. We had eyeball cupcakes, gummy body parts and even a 15-question trivia that I facilitated, complete with a zombie-themed prize. (Sample question: In season 3, which character kills a walker using a car trunk door?) 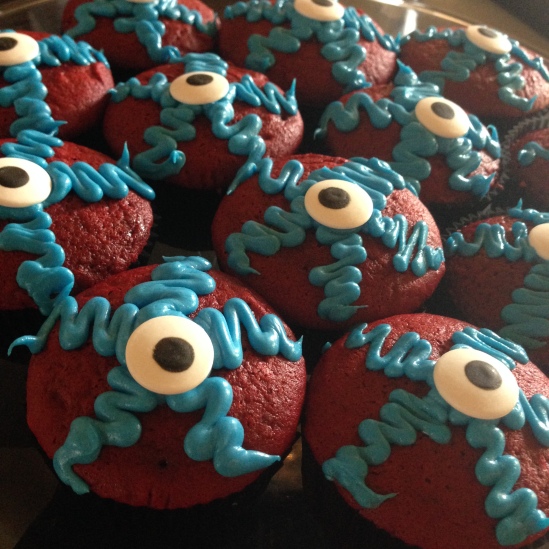 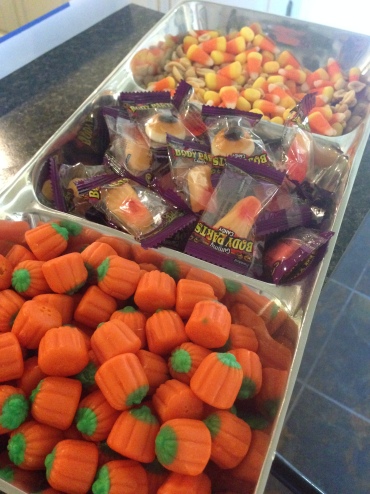 We screamed, we held our breath, we covered our eyes in disgust – it was definitely a successful premiere. And at the end of it all, we zombie-fied ourselves. It doesn’t get much better than that. 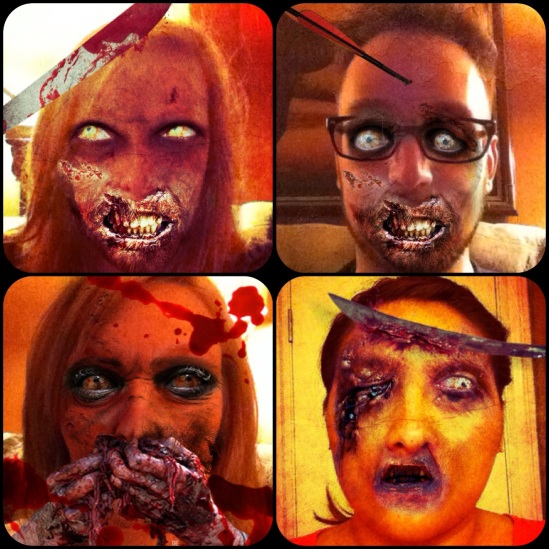 Hope your Sunday evening was just as scary! xo