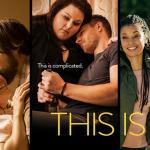 September is here! My favorite month of the year for several reasons …

It marks the official start of Fall and the return of: PSL (and all things pumpkin for that matter), early mornings and late evenings on the porch with Husband, tailgating and calling the Hogs with family and friends, scarves and boots and more scarves and boots, and of course, Fall TV.

Every year I get so excited for my TV shows to come back on and to see what new shows might be added to my regular watch list. Our Summer list has included: The Affair, Stranger Things, Veep and The Wine Show. All amazing shows I would highly recommend, but there’s just something about the return of Fall TV that makes me giddy. (I know, I’m a TV dork.)

Here’s a look at what shows I’m excited to watch this this Fall. 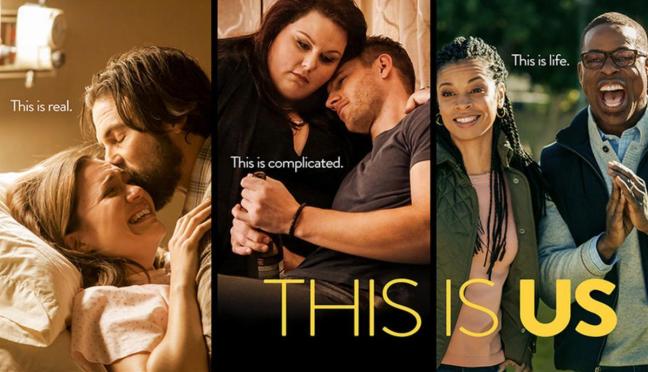 Synopsis: The ensemble dramedy follows a group of people who share the same birthday and whose lives intersect in various ways.
Why I’ll Watch: The preview made me cry, it reminds me of Parenthood, and JESS (Milo Ventimiglia) is back on TV. This one is at the top of my list. 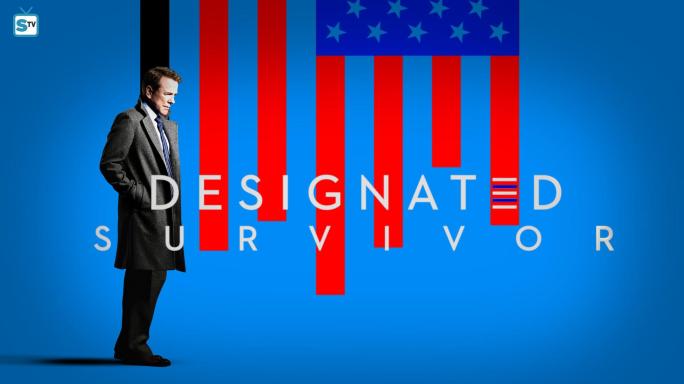 Synopsis: Keifer Sutherland stars as Tom Kirkman, a lower cabinet member who becomes president after an attack on Washington kills everyone ahead of him in the line of succession.
Why I’ll Watch: Drama, suspense and politics –all the ingredients for a great show. 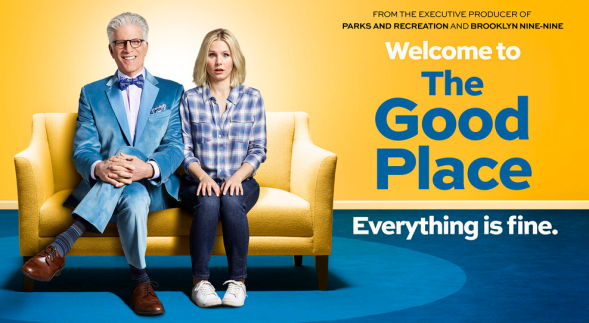 Synopsis: When Eleanor realizes that she’s not a very good person, she gets a chance to start anew with the help of Michael (Ted Danson) in the afterlife.
Why I’ll Watch: This has the potential to be really funny. Also Kristen Bell is amazing. 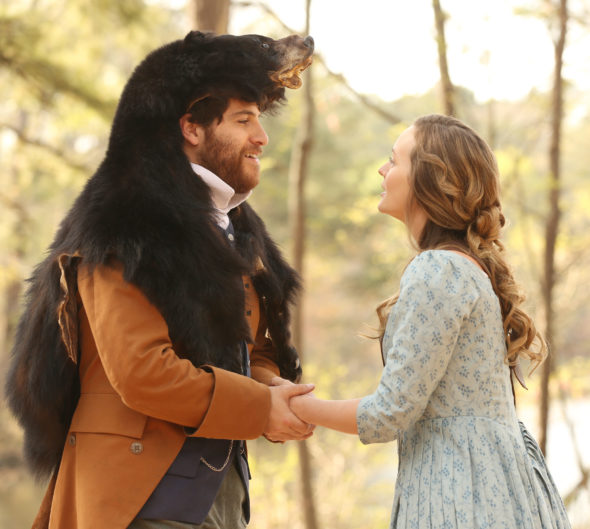 Synopsis: Pally, Meester and Lester play three friends who travel through time while trying to get through their everyday lives in the present.
Why I’ll Watch: Adam Pally is hilarious (Mindy Project, Happy Endings) and Leighton Meester is one of my all-time favorites.

Synopsis: Based on the Archie Comics characters, the series finds Archie, Betty, Veronica, Jughead and Josie trying to navigate life in their small town, which is not as wholesome as it seems.
Why I’ll Watch: Growing up I was obsessed with Archie, Betty & Veronica, so I’ll give this one a shot purely for nostalgia. Also, it has a creepy Pretty Little Liars feel.

*Currently on the chopping block. I didn’t LOVE the last seasons, so will give them a couple of episodes to see if I will continue watching.

Are you as excited as I am for Fall TV?! What’s on your watch list? 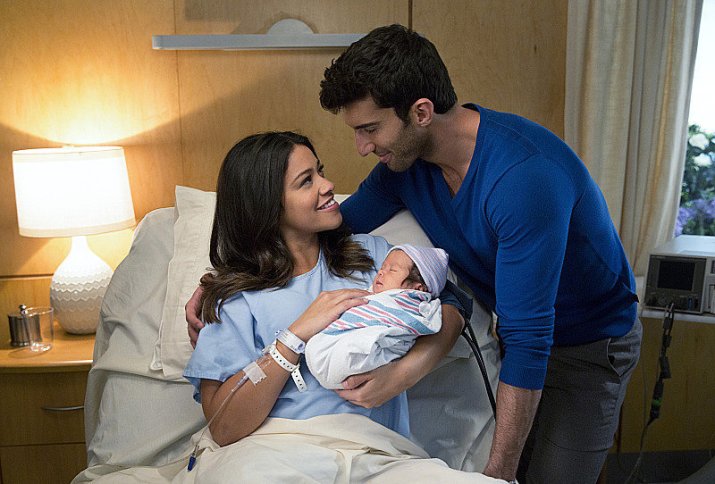 The Walking Dead – Oh my gosh, this season has been phenomenal. The best in a while. (Note: This rating is purely under the assumption my boy is alive.)

Jane the Virgin –Binged S1 on Netflix, and I’m so in love with Jane and Rafael and this show. And now Mateo, awwwww! [pictured]

iZombie – This is the most underrated show ever. I feel like no one is watching it, and everyone needs to! I need it to stay on air!

*NEW* Quantico – From the first episode I’ve been totally hooked. It’s so intense and the main girl is so gorgeous you can just stare at her the whole show. 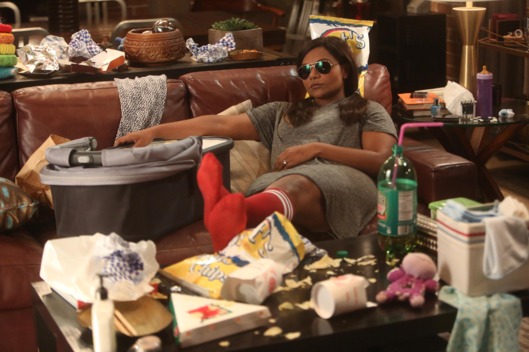 Nashville – Good season so far, but so ready for Scarlett and Gunnar to get back together already and for Juliette to stop being ridiculous.

Mindy Project – This show started out so hilarious I couldn’t take it. However, the last few eps have been duds, so hoping it can come back strong. [pictured] 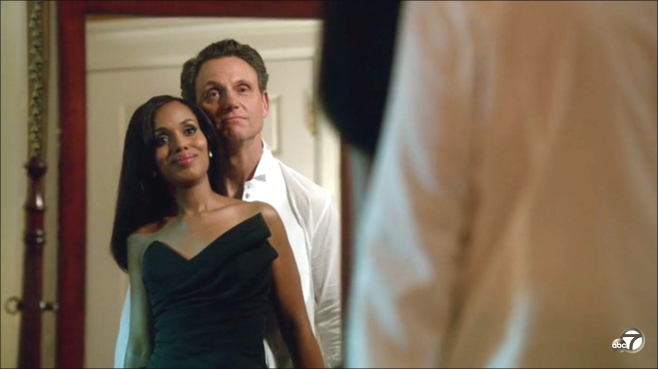 Scandal –  FINALLY Olivia and Fitz are together together. Good season so far, but still not where it used to be. [pictured]

How to Get Away With Murder – They’ve kept me more hooked so far than I thought they could, but I’m still concerned about how sustainable the show really is.

Big Bang Theory – I laugh out loud every time I watch the show, but I hate how they married Penny and Leonard after all they’ve been through, so I guess I’m still a little bitter. 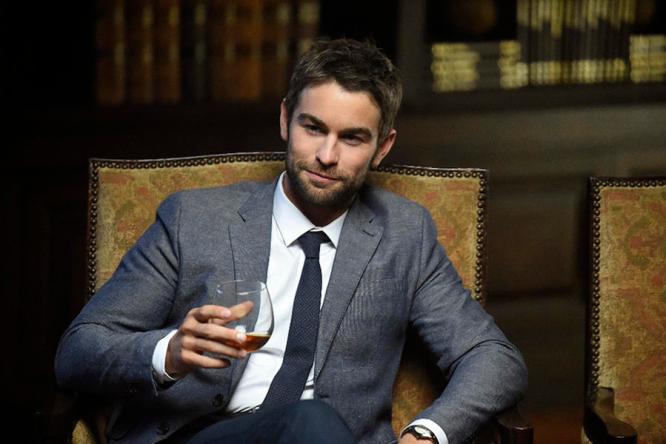 Empire – I think I gave myself too high of expectations. The first season of this show can never be beat, and that’s very clear this season.

*NEW* Blindspot – I would have given this even less of a rating if not for the last two episodes. It has potential, but they need to remove the cheese factor a bit. 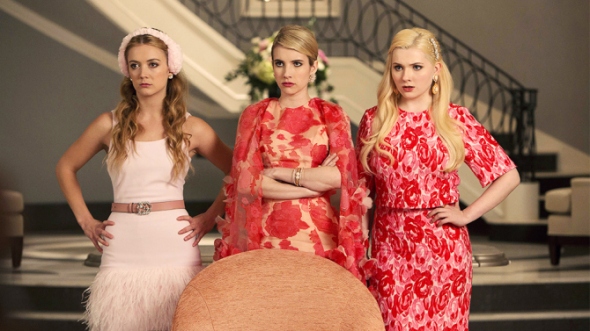 2/5 Stars – Officially CUT from the watchlist

Scream Queens – I watched the pilot on the plane to Europe and thought it was hilarious. Then, it went downhill so fast. I don’t know if it’s a comedy/horror/both/neither, and I can’t waste my previous TV watching time while they figure it out.

What are your favorite shows this season?
xo xo

After my Friday Night Light binge, I had a TV hangover. I was distraught over the loss of my Dillon, TX family and had nothing else to watch. I searched and searched, but couldn’t find anything to fill the void.

I’ve been pining over my Fall TV Shows to come back, and now that it’s September there’s a light at the end of the tunnel. Here are the shows I’m most excited to see back on air. 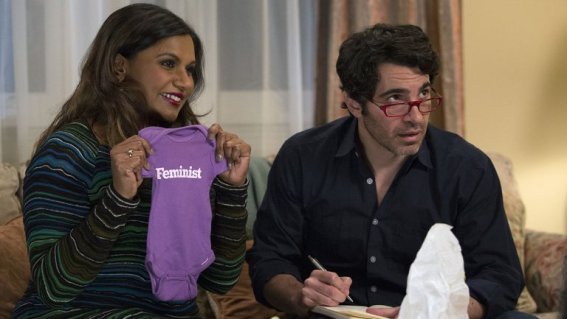 Anyone who knows me, knows I’m obsessed with Mindy Kaling. This is one of the few comedies we are watching, and I’m hoping Hulu (who picked it up after Fox crazily cancelled it) doesn’t screw it up. As long as Danny keeps dancing, Mindy keeps being Mindy and Danny and Mindy keep being Danny and Mindy, I think we’re safe. 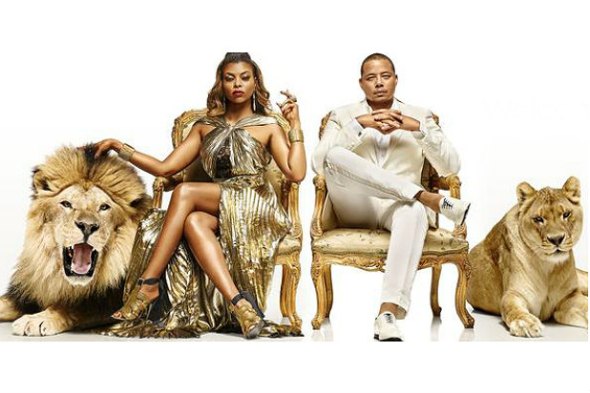 “Welcome back to the Lyon’s den.” This show shocked me last season at how much I enjoyed it, though I don’t know why since it’s basically the hip-hop version of Nashville (which I LOVE, see below). I listened to the soundtrack on repeat, so I’m looking forward to more great music and of course, more Cookie. 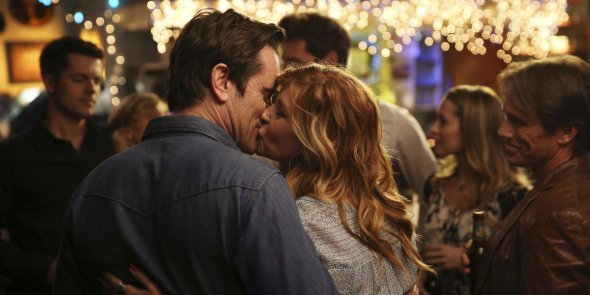 Ahhh, I love this show. And they cannot kill Deacon! They wouldn’t! He and Rayna are finally a couple and adorable (and I love Connie Britton even more now after FNL). I can’t wait to see more drama, more music and hopefully a Scarlett and Gunnar reunion. 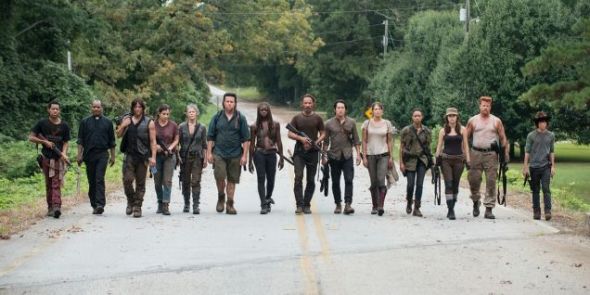 I don’t even know what to expect from this show anymore, except that it keeps me on the edge of my seat every.single.episode. I absolutely cannot wait for October 11 (which, by the way, is the weekend we get back from Europe, and this is a perfect coming home gift). 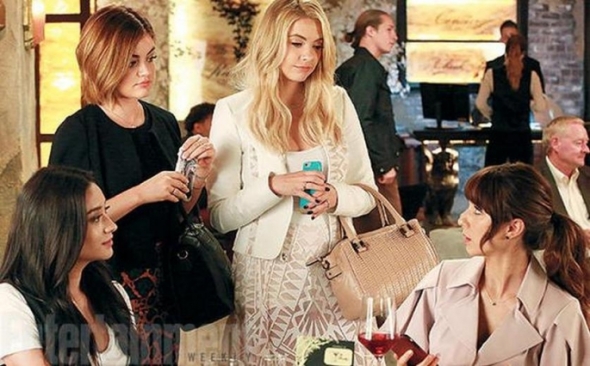 I don’t even know if this show is coming back in the Fall or next year, but I couldn’t leave it off the list because I’m ridiculously obsessed. We finally found who “A” is, but of course that doesn’t mean it’s over. Fast forward 5 years and there’s a new mystery that brings all the girls back from Rosewood. The biggest question in my mind though – Who is Hanna married to? And is that a baby bump?!

[Also on the Alderman TV Lineup: The Good Wife, How to Get Away with Murder, iZombie, The Blacklist, Big Bang Theory, Scandal

What show are you looking forward to the most?

Fall TV: The 4 Season Premieres I’m Most Excited About

Okay, we know I’m a TV junkie and we know Fall TV is starting back soon, thus, we must know I’m ridiculously excited. Last season we started pairing down our shows and only the best made the cut. We removed four from our lineup: Glee, New Girl, How I Met Your Mother (series finale), Modern Family and added one: The Blacklist.

Here’s what I’m most looking forward to this season …

I am so in love with this couple and this show. I re-watched the first two seasons this Summer in preparation and laughted ’til I cried. Every episode just makes me so happy. Mostly for Mindy and Danny, but also Peter and Morgan.
#MindyandDanny4Ever 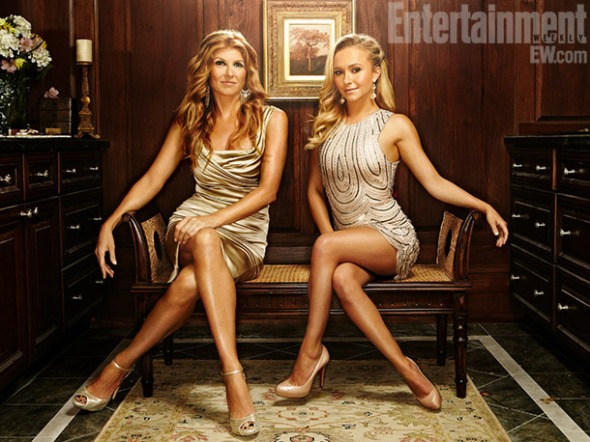 I got behind on this show last season, then watched the last 5 episodes in a day and was reminded why I love it so much – the music, the drama, the scandals, the love triangles. Seriously, after the last episode I listened to Gunnar’s “It Ain’t Yours To Throw Away” at least twice a day. 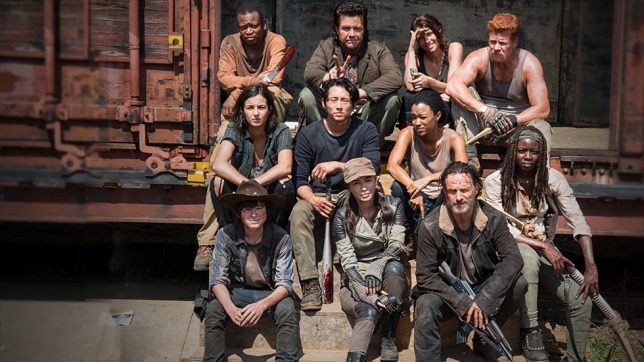 I don’t know how they do it, but this show just keeps getting more and more intense. The season ended with the gang (minus a few, including baby judith) locked up in a train car about to get eaten by cannibals. How will they get out and will they go to DC?! At least we know bad-ass Rick is finally back. 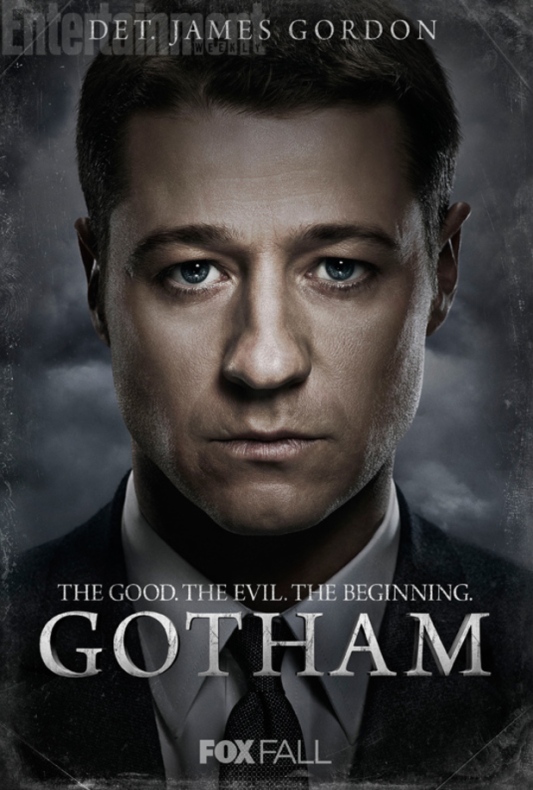 Okay, okay, I’ll admit it – the only reason I’m so excited for this show is Ben McKenzie. But it doesn’t hurt that Husband is the biggest Batman fan ever and is also super excited for this. It has some pretty high expectations so I hope it can live up to them. Either way, there will be eye candy.

The show I’m currently side-watching from S1: The Good Wife}

What show are you looking forward to this season?
xo xo 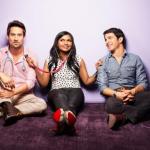 I love Fall. Who doesn’t? The weather, the comfy clothes, the pumpkin-flavored everything, but it also signals the start of something else – the return of Fall TV.

I’ll admit, I’m a little obsessed with my TV shows. If you watch any of the shows below, I’m always happy to discuss characters, plot lines, favorite episodes, etc. in as much detail as you wish.

A few of my shows have already started, a few start this week and a few are still a few weeks away, but in preparation, below is My Fall TV Guide. 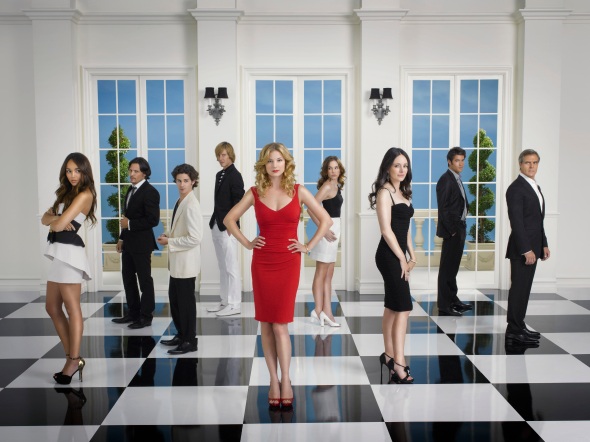 Revenge {ABC – 9/8c}
What I’m most looking forward to this season: Getting back to basics, cutting out a lot of the Initiative nonsense & Jack’s reaction to the news 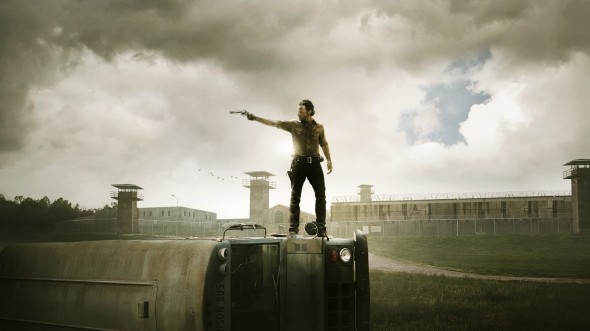 The Walking Dead {AMC – 9/8c}
What I’m most looking forward to this season: Daryl becoming an even bigger badass & Rick letting others take control while he gets his act together 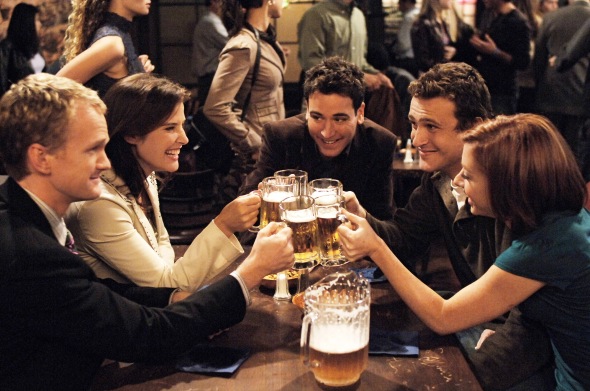 How I Met Your Mother {CBS – 8/7c}
What I’m most looking forward to this season: The end. Yes, this use to be one of my favorite shows, but I honestly feel like it’s been dragging on and I’m ready to let it go. 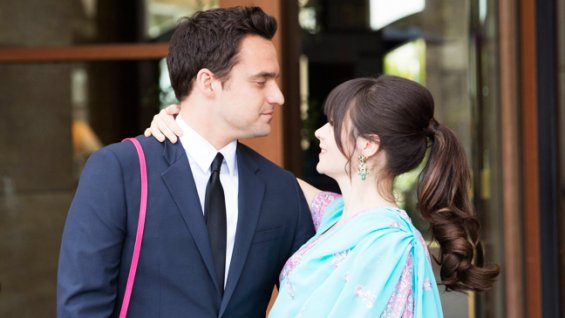 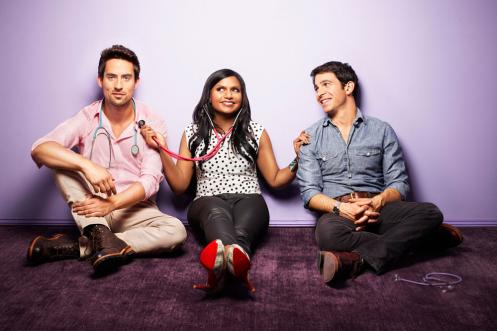 The Mindy Project {Fox – 9:30/8:30c}
What I’m most looking forward to this season: The transition from a rocky, but enjoyable first season to a consistently hilarious second season 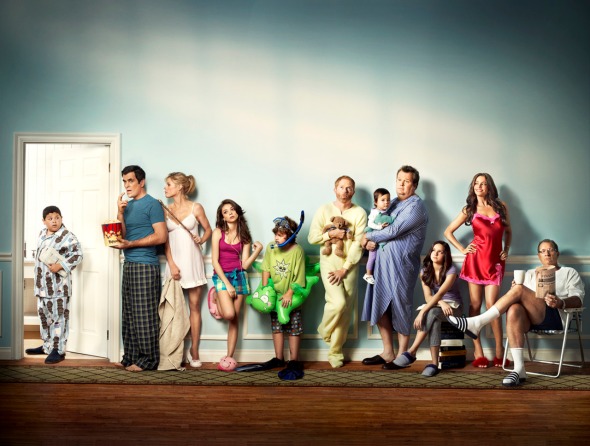 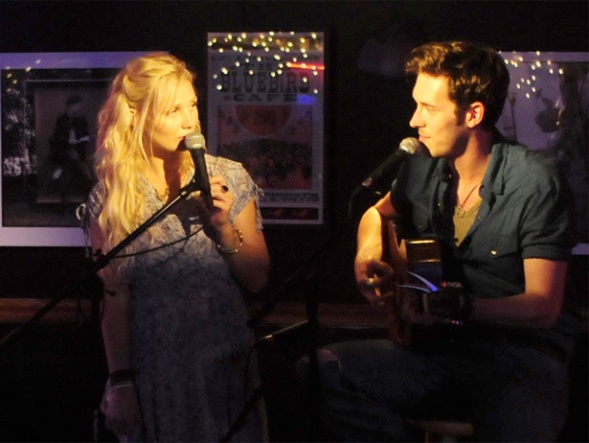 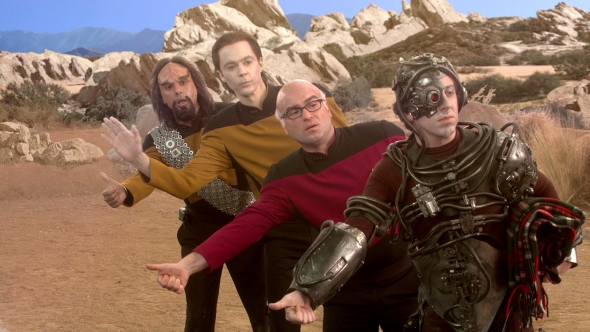 The Big Bang Theory {CBS – 8/7c}
What I’m most looking forward to this season: Sheldon and Amy Farrah Fowler taking it to the next level … or so I hope! 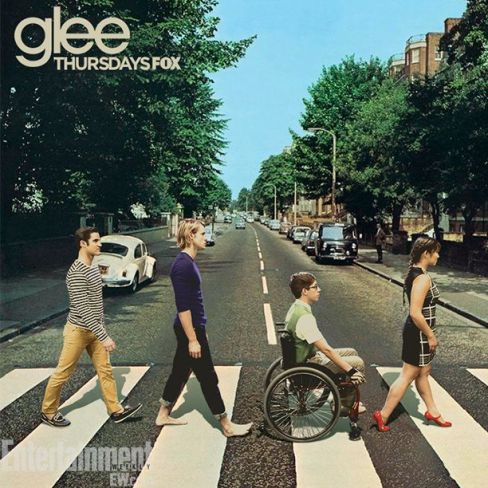 Glee {FOX – 9/8c}
What I’m most looking forward to this season: The opening Beatles’ tribute episode & hopefully rekindling my dying passion for the show 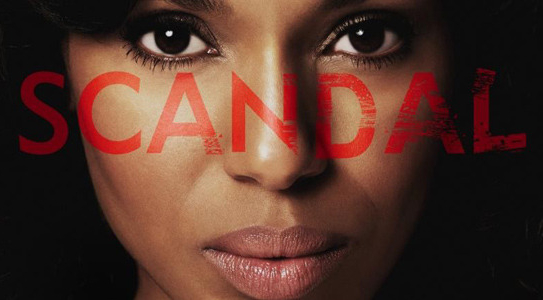 Scandal {ABC – 10/9c}
What I’m most looking forward to this season: The daddy dearest storyline & developing the other characters more, specifically “Baby Huck”

Still unsure about new shows on the air (we already have a lot on our plate), but high potentials include Brooklyn Nine-Nine and Marvel’s Agents of S.H.I.E.L.D.

What shows are you most excited for this season? xo

For you TV fanatics, you might also enjoy: 10 Things I Missed Out On In College By Not Going Greek, How One Tree Hill Saved My Marriage