I wrote my first Pop Candy post this summer {Pre-Weekend Pop Candy} sharing the latest pop culture and entertainment news I’ve been enjoying lately. So I thought it was time to re-visit. What IS going on in the world of celebs these days??

Destiny’s Child to release new song Nuclear + new album with past recordings, oh my GOSH how exciting. This song better live up to some oldies like Survivor and Bootylicious. But wait, there’s more – HOT off the press: Destiny’s Child will reunite at Super Bowl halftime. This is almost as exciting as the Spice Girls reunion at the Olympics. {Beyonce Knowles, Kelly Rowland, Michelle Williams}

Speaking of Beyonce, her little one turned 1 year old a few days ago! How cute is this pic with daddy and Blue Ivy?! Fun fact: Jay-Z rents a luxurious basement suite at the Barclays Center for $1 million/year so they can watch the Brooklyn Nets without worrying about little Blue. {Jay-Z, Blue Ivy Carter}

Oscar nominations were announced yesterday, and I’m THRILLED to report Quvenzhane Wallis as the youngest Oscar nominee ever! The 9-year-old was nominated for Best Actress in Beasts of a Southern Wild, as I predicted in my post {Top 10 Movies of 2012} a few weeks ago … {Quvenzhane Wallis} 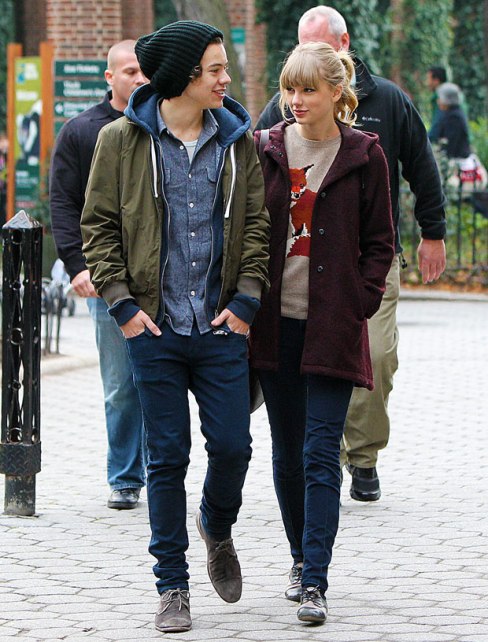 Speaking of youngins, thank GOODNESS T-Swift is over this 18-year-old punk. Supposedly she’s already in the recording studio writing about it. Funny tweet I saw for a song name: “You’re Just Not My Style.” {Taylor Swift, Harry Styles}

Okay, okay, I know this is fairly old news, but honestly I’m still fascinated/intrigued by it for whatever reason. And these photos were just released of the pair in Paris where you can actually see Kim’s baby bump for the first time. {Kim Kardashian, Kanye West}