Coachella, according to my Instagram and Twitter feeds: Celebrities come together in a desert to outdress each other’s hippie attire and lounge poolside at picturesque parties. Oh and I think there’s something about music, too. 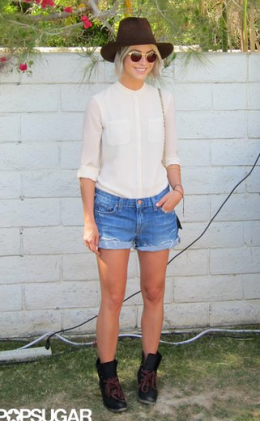 [best “trying to look like a hippie, but I’m so not” – paris hilton] 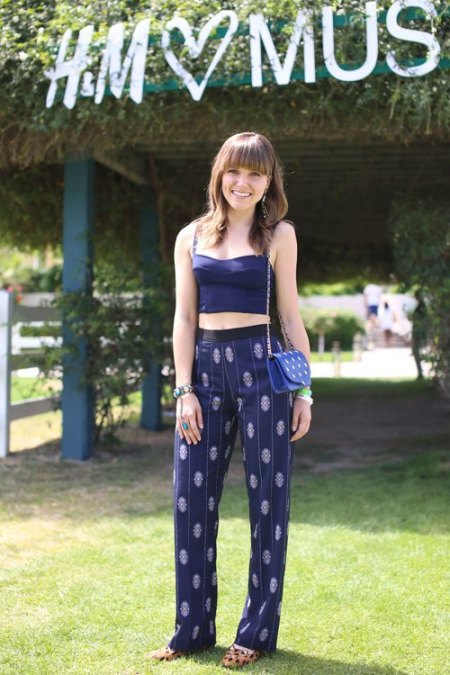 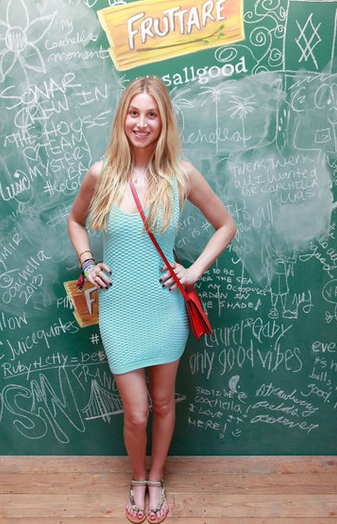 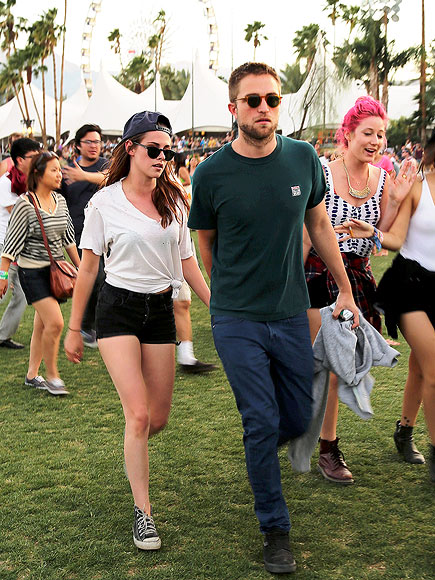 [most out of place attire – sophia bush, eli roth] 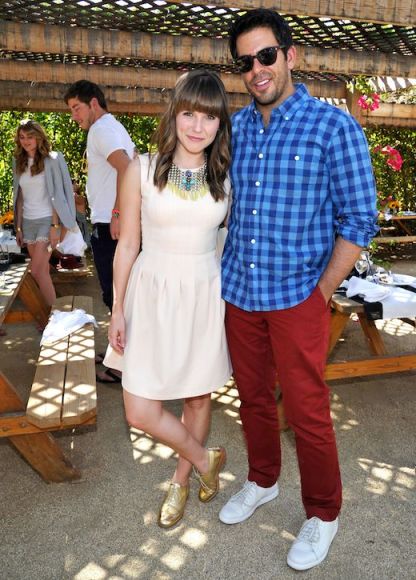 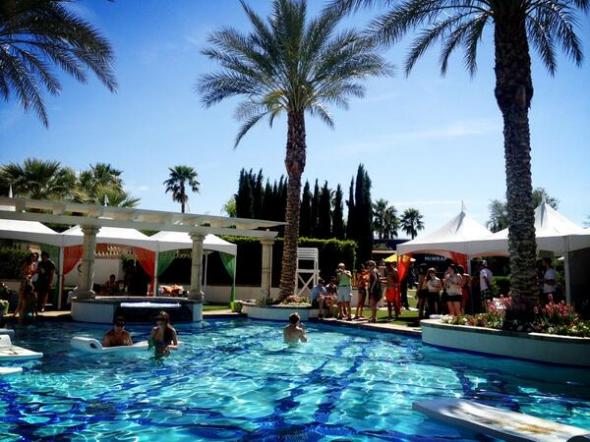 Catch me next Monday when I’ll be reviewing weekend 2 of Coachella!

I’m baaaaaaack! Back in the glorious world of my online life.

For those of you who don’t know, husband and I have been sustaining from all media for the last two weeks, including TV, radio, blogging, social media, internet, texting (HA!). You can read more about it here.

Day 1: I dreamed about Instagram last night. My body is already fighting this challenge.

Day 3: Our life does not revolve around our TV shows and I love it.

Day 4: The “texting only for necessity” rule is very obviously not going to work.

Day 5: This is so easy. I don’t know what I was so worried about.

Day 6: This is so hard. All I want to do is instagram NWA Fashion Week.

Day 7: Again, all I want to do is instagram NWAFW. What’s life if you can’t share it?!

Day 8: No radio in the car = borrrrrring.

Day 12: I broke. I listened to Taylor Swift and it was GLORIOUS.

Day 13: I had one of the most fun nights with friends & I might not have if I had the option to just laze at home with TV.

Day 14: If I didn’t have to get up so early tomorrow I would definitely stay up until after midnight to watch TV. I have a problem.

What we didn’t end up doing with all our free time: exercising, cooking more, cleaning, crafting.

What we did end up doing with all our free time: spending more time with friends, reading, relaxing, having in depth conversations at the dinner table, understanding the meaning of peace.

How difficult this challenge was for me was a sign. The first week seemed too easy because we were so busy with work and other things. The second week was so hard. All I wanted to do was share about my travels to Ohio on FB/Twitter/Instagram/Blog. All I wanted to do was watch a really good movie and relax with a good laugh during The Big Bang Theory.

Husband and I both realized how much more we can get done without media. How much time we waste sitting in front of the TV or the internet without even realizing it. How often we say we don’t have time to – work out, have a quiet time, talk to someone on the phone, etc. We’ve decided we’re going to start limiting our TV time during the week to an hour a night.

Except this week. This week we’re immersing ourselves in everything we missed. The Walking Dead, Revenge, Scandal, Nashville, The Big Bang, New Girl, Glee (& more) … we’re coming for you.

I wrote my first Pop Candy post this summer {Pre-Weekend Pop Candy} sharing the latest pop culture and entertainment news I’ve been enjoying lately. So I thought it was time to re-visit. What IS going on in the world of celebs these days?? 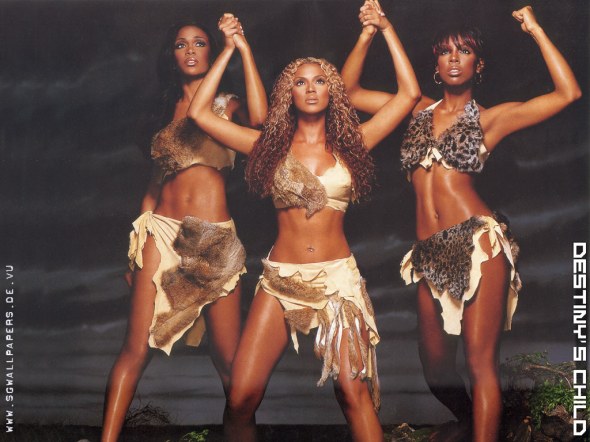 Destiny’s Child to release new song Nuclear + new album with past recordings, oh my GOSH how exciting. This song better live up to some oldies like Survivor and Bootylicious. But wait, there’s more – HOT off the press: Destiny’s Child will reunite at Super Bowl halftime. This is almost as exciting as the Spice Girls reunion at the Olympics. {Beyonce Knowles, Kelly Rowland, Michelle Williams}

Speaking of Beyonce, her little one turned 1 year old a few days ago! How cute is this pic with daddy and Blue Ivy?! Fun fact: Jay-Z rents a luxurious basement suite at the Barclays Center for $1 million/year so they can watch the Brooklyn Nets without worrying about little Blue. {Jay-Z, Blue Ivy Carter}

Oscar nominations were announced yesterday, and I’m THRILLED to report Quvenzhane Wallis as the youngest Oscar nominee ever! The 9-year-old was nominated for Best Actress in Beasts of a Southern Wild, as I predicted in my post {Top 10 Movies of 2012} a few weeks ago … {Quvenzhane Wallis}

Speaking of youngins, thank GOODNESS T-Swift is over this 18-year-old punk. Supposedly she’s already in the recording studio writing about it. Funny tweet I saw for a song name: “You’re Just Not My Style.” {Taylor Swift, Harry Styles}

Okay, okay, I know this is fairly old news, but honestly I’m still fascinated/intrigued by it for whatever reason. And these photos were just released of the pair in Paris where you can actually see Kim’s baby bump for the first time. {Kim Kardashian, Kanye West}

Catch Me If You Can Musical {review} 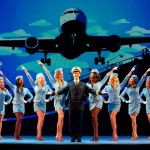 Last night, I went to see Catch Me If You Can at the Walton Arts Center with friend Samantha. I went into the show completely blind – hadn’t read any reviews, heard any songs, heard any synopsis – which rarely happens, but I was looking forward to watching with a fresh eye. I did learn before the show that it was the same story as the movie with the same title with Leonardo DiCaprio and Tom Hanks, which I never saw, and learned it was based on a true story. 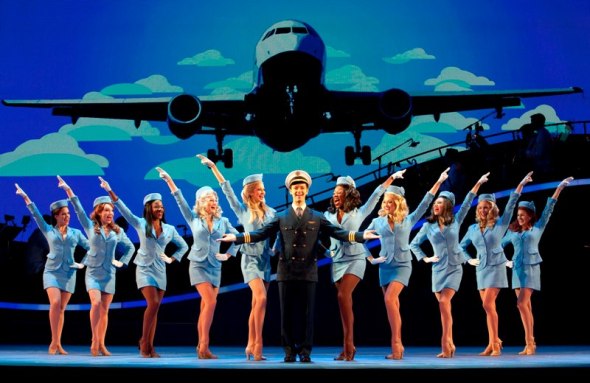 Plot Synopsis: Have you seen the TV show White Collar? The exact same story line. Con artist turns FBI agent. You can read more about the plot here if you wish.

The show began with a big enough bang, setting up the plot and opening with a big number with flashy costumes, dances, etc. “Live in Living Color” However, I immediately noticed something wasn’t quite right. The main character didn’t have quite a strong enough voice, the dancing was average, the sub-plot was difficult to follow, the supporting actors didn’t have enough depth. And this was the theme of the entire show. I kept thinking as I was watching that they needed juuuust one more week to practice until show time. Multiple lines were obviously flubbed and several dancers were off rhythm. As a performer myself, I completely understand the difficulty in the space, but when you’re paying at least $60 a ticket, you really expect more.

What was good about the show? The set, the orchestra and the costumes. I personally love when the orchestra is shown onstage and they did a fantastic job working it into the set. The set was also very fun, light, colorful and dynamic. I’ve already ragged on a few members of the chorus line, but boy did I wish I was onstage in their role. (Fun fact: Every time I see a show I wish I was onstage performing in it.) They had a ton of fun costume changes including Pan Am stewardesses (dream job), nurses and showgirls.

The bright spot of the show: when the main character goes to New Orleans to meet his lady’s parents. The parents’ acting was phenomenal and hysterical. At one point they were badgering him with all these questions, but really the most important was … Was he a Lutheran? As a Lutheran myself, I found it funny and relatable. The mom was overly dramatic, but it gave the show the punch it needed and the audience definitely noticed. Unfortunately that only lasted about 15 minutes, but if that energy had been throughout the entire show, it would have gotten a standing ovation from me.

Other ratings from shows I’ve seen in the past month:

Dead Accounts, Broadway – F (I know, I know, but I’m sitting here trying to think of one tiny thing I enjoyed about it and just can’t think of anything…)

Nice Work If You Can Get It, Broadway – A+

{RED released Monday. I can never get enough Taylor.}

{already dreaming of another summer vaca}

{but first, dreaming of Christmas parties}

So before we’re interwined in our own weekend gossip, let’s revel in some pop candy. 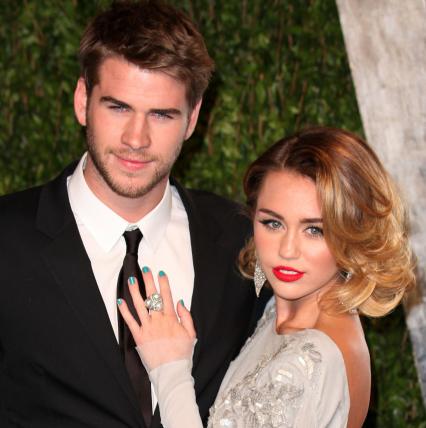 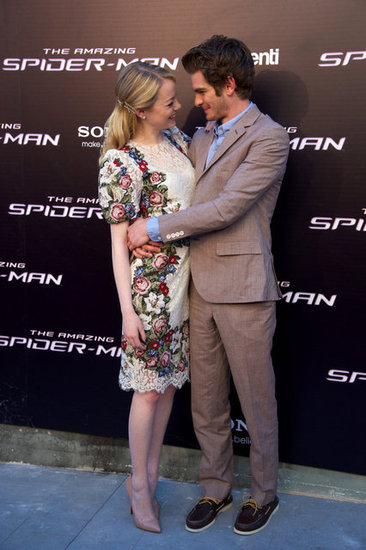 Speaking of couples, here’s another cutie. Spiderman better not let me down. {Emma Stone + Andrew Garfield}

Okay, so this hottie is gettin’ all the buzz lately from True Blood to Magic Mike – but, who remembers him as bartender Owen from One Tree Hill?? {Joe Manganiello} 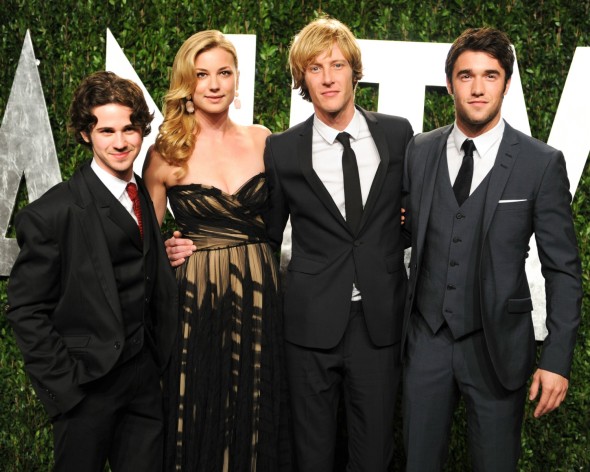 *sigh* Is anyone else dying without Revenge on Wednesday nights? Tidbit: the show is moved to Sundays in the fall.{Connor Paolo, Emily VanCamp, Gabriel Mann, Joshua Bowman}

Hot. Hot. HOT. As always. Blake is one of my girl crushes. Did you hear she and Mr. Reynolds just bought a house together in Bedford, NY? {Blake Lively} 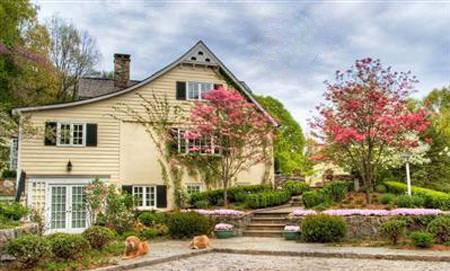 Oh, just lunch in Paris for the famous Kimye. I still don’t approve, though I do enjoy reading about their lavish relationship. Check THIS out. That boy can spend money. {Kanye West + Kim Kardashian}